The Assassination of Anton Cermak:
When the Mob Killed the Mayor

On February 15, 1933, President-Elect Franklin D. Roosevelt narrowly escaped an assassin’s bullet while giving an impromptu speech from the back of an open car in the Bayfront Park area of Miami, Florida. Roosevelt escaped injury that day, but four other people were wounded. The would-be assassin’s aim was spoiled when Lilian Cross, a doctor’s wife, hit his arm with her purse and spoiled his aim. Two of the gunshot victims died that day, including a female bystander and the mayor of Chicago, Anton Cermak. The mayor had attended the event to patch up relations with Roosevelt after opposing him for the presidency during the Democratic Convention in Chicago.

After the assassin, a deranged, unemployed bricklayer named Giuseppe Zangara, was captured, he told the police that he “hated the rich” but had nothing against the president. He never really explained why he tried to kill Roosevelt – but according to mob legend, he was not the intended target anyway. Zangara, the stories say, had been hired to kill Anton Cermak – revenge by the Chicago Outfit. 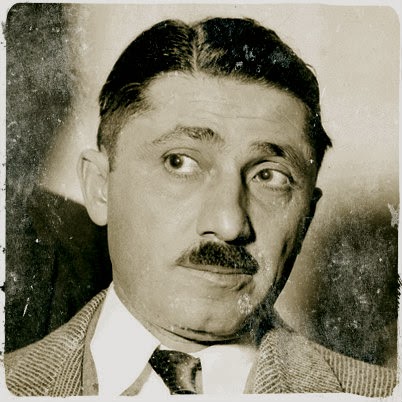 To understand the story, we have to return to Chicago in 1931, shortly after Al Capone went to federal prison on tax evasion charges. In his place, as head of the Outfit, was a man named Frank Nitti, an Italian immigrant who worked his way up through the ranks of organized crime to work for John Torrio and his successor, Al Capone. Under Capone, Nitti gained a fearsome reputation as an enforcer. Originally working as a bodyguard, Capone began tasking Nitti with the rencana and execution of some of the gang’s most notable assassinations, like that of Hymie Weiss in 1926. He also ran Capone's liquor smuggling and distribution operation, importing whisky from Canada and selling it through a network of speakeasies around Chicago. Known as one of Capone’s top captains, he was trusted for his leadership and business skills but he never wanted leadership of the gang.

However, after Capone went to prison, newspaper reporters began looking for a new face for the head of the gang and somehow, Nitti ended up as that man. While an efficient organizer under Capone, it had been his job to make sure that Capone's orders had been carried out, not to give them himself. Nitti was only supposed to be a member of the board of directors of the new Outfit, not the man in charge. When Lucky Luciano and Meyer Lansky established their national crime syndicate, they dealt with Paul "The Waiter" Ricca as the leader of the Chicago mob and not with Nitti.

However, Ricca and the others used Nitti's high profile with the press to keep the heat off the real inner workings of the Outfit. He became a valuable man to take the heat. Chicago mayor Anton Cermak even dispatched his own police "hit men" to try and take out Nitti so that he could replace him with other gangsters who kept him on the payroll. 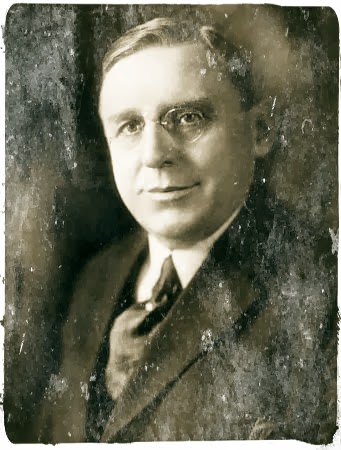 Anton Cermak, an Austria-Hungarian immigrant, was swept into the Chicago mayor’s office as a reform candidate after the violence of the Prohibition beer wars and the St. Valentine’s Day Massacre. He began his political career as a precinct captain and in 1902 was elected to the Illinois House of Representatives. Seven years later, he would take his place as alderman of the 12th Ward. Cermak was elected president of the Cook County Board of Commissioners in 1922, chairman of the Cook County Democratic Party in 1928, and mayor of Chicago in 1931.

Breaking the hold that the Irish had on Chicago politics, he brought ethnic groups like Poles, Czechs, Ukrainians, Jews, Italians, and African Americans to the polling places. Cermak made many enemies among the local politicians. As Cermak climbed the political ladder, the resentment of the Party leadership grew. When the bosses rejected his bid to become the mayoral candidate, Cermak swore revenge. He formed his political army from the non-Irish elements, and even persuaded black politician William L. Dawson to switch from the Republican to the Democratic Party.

After the corruption that had infiltrated William “Big Bill” Thompson’s previous administrations, even the mob couldn’t keep him in office. The voters' disgust with the corruption of his machine and his inability – or rather unwillingness -- to clean up organized crime in Chicago were cited as major factors in Cermak capturing 58% of the vote in the mayoral election on April 6, 1931. Cermak's victory finished Thompson as a political power and largely ended the Republican Party's power in Chicago.

But Cermak turned out to be nearly as corrupt as Thompson – he just wasn’t so visible about it. His plan was to eliminate the Chicago Outfit in favor of mobster Ted Newberry, who had taken over the remnants of the O’Banion / Moran gang and territories.

On December 19, 1932, a team of Chicago police, headed by Detective Sergeants Harry Lang and Harry Miller, raided Frank Nitti's office in Room 554 of the LaSalle Building. Lang shot Nitti three times in the back and neck. He then shot himself in the finger to make the shooting look like self-defense, claiming that Nitti had shot him first. Nitti was badly wounded during the attempt on his life. He lingered near death for a time, but recovered only to end up standing trial for the shooting of one of the cops during the gun battle.

Court testimony claimed that the murder attempt was personally ordered by newly elected Mayor Anton Cermak, who supposedly wanted to eliminate the Outfit in favor of Ted Newberry and then redistribute Capone’s territories. During the trial, Miller testified that Lang received $15,000 to kill Nitti. Another uniformed officer who was present at the shooting testified that Nitti was shot while unarmed. Nitti’s trial ended with a hung jury.  Harry Lang and Harry Miller were both fired from the police force and each fined $100 for assault.

This was not the end of story, though. Legend has it that the Outfit got its revenge. 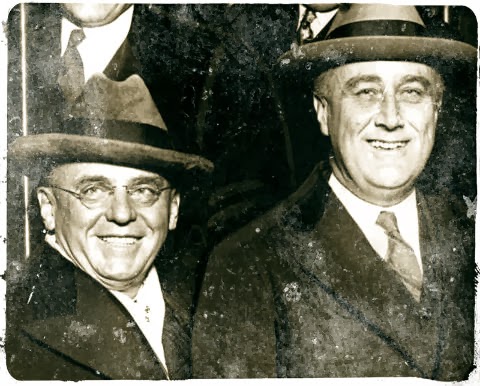 On February 15, 1933, Cermak was shot in Bayfront Park in Miami. Cermak was on the reviewing stand and, after President-elect Franklin Roosevelt made a short speech from an open car, he waved over Cermak to join him. As Roosevelt's car was about to start, shots rang out and Cermak and four others were hit.

They were shot by a man named Giuseppe Zangara, an Italian immigrant who had come to the United States in 1923. A poorly educated bricklayer, Zangara suffered severe pain in his abdomen, later attributed to adhesions of the gall bladder, possibly originating from an appendectomy performed in 1926. These adhesions were later cited as a cause for his increasing mental delusions. It became increasingly difficult for him to work due to both his physical and mental conditions. 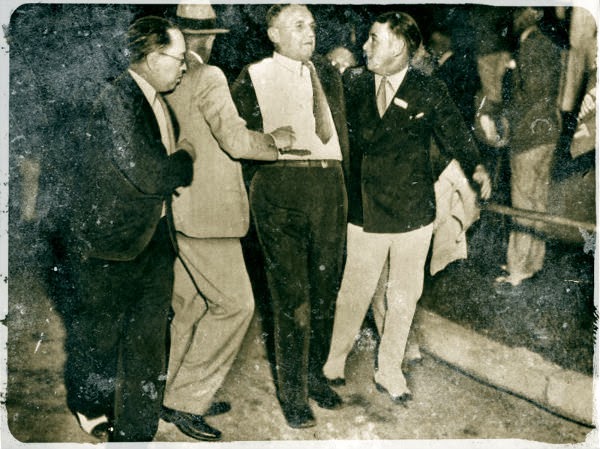 A wounded Cermak being taken to an ambulance

Cermak was rushed to the hospital. As he was taken away by ambulance, Cermak was supposed to have said to the president, "I am glad that it was me instead of you." They became the most famous words that Cermak ever uttered -- or they would have been, if he had really said them. A reporter who was there that day, Ed Gilbreth, stated that the phrase was created by William Randolph Hearst’s Chicago Herald-American to make a good headline and sell papers. Cermak never said anything of the sort and his dislike of Roosevelt was well-known.

Meanwhile, Zangara was arrested and charged with four counts of attempted murder. At the Dade County Courthouse jail, he confessed and stated, “I have the gun in my hand. I kill kings and presidents first and next all capitalists.” He pleaded guilty to the attempted murder counts and was sentenced to 80 years in prison. As he was led out of the courtroom, Zangara told the judge, “Four times 20 is 80. Oh, judge, don't be stingy. Give me a hundred years.”

On March 6, nineteen days after the shooting, Cermak died at Jackson Memorial Hospital in Miami, partly because of his wounds. A short time later, his personal physician, Dr. Karl A. Meyer, said that Cermak's primary cause of death was ulcerative colitis, commenting, "The mayor would have recovered from the bullet wound had it not been for the complication of colitis. The autopsy disclosed the wound had healed... the other complications were not directly due to the bullet wound." 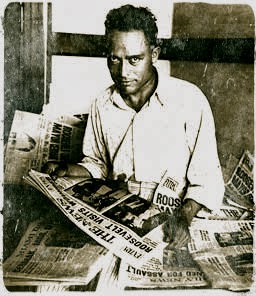 After Cermak’s death, Zangara pleaded guilty to the additional murder charge, and was sentenced to death by Circuit Court Judge Uly Thompson. Zangara said after hearing his sentence: “You give me electric chair. I no afraid of that chair! You one of capitalists. You is crook man too. Put me in electric chair. I no care!” On March 20, 1933, after spending only 10 days on Death Row, Zangara was executed in Old Sparky, the electric chair at Florida State Prison in Raiford, Florida. Zangara became enraged when he learned no newsreel cameras would be filming his selesai moments. Zangara's tamat statement was "Viva Italia! Goodbye to all poor peoples everywhere! Pusha da button!"

Anton Cermak was interred in a mausoleum at Bohemian National Cemetery in Chicago. The mayor's death was followed by a struggle for succession to his party chairmanship and to the mayor's office. A plaque honoring Cermak still stands at the site of the assassination in Miami's Bayfront Park. It is inscribed with the famous words that Cermak never uttered, "I'm glad it was me instead of you."

The true reason why Zangara fired a gun that day in Miami will likely never be known. His reasons could have been as simple as he claimed – that he wanted to kill rich people – or as complicated as many have suggested over the years. It has been claimed that Zangara was hired by the Outfit, who planned to have revenge against the mayor for his attack on Nitti and his conspiracy to destroy the Outfit. Some versions of this story assert that Zangara was a diversion for a second gunman who was to supposed to shoot Cermak, but this alleged second gunman never made it to the park.

We’ll never know for sure, although some words uttered by a reporter who was standing nearby might have provided more of a clue in the shooting than officials would admit. Just as the shots rang out, a reporter standing nearby allegedly joked to Cermak, "Just like Chicago, eh Mayor?"  And maybe it was. 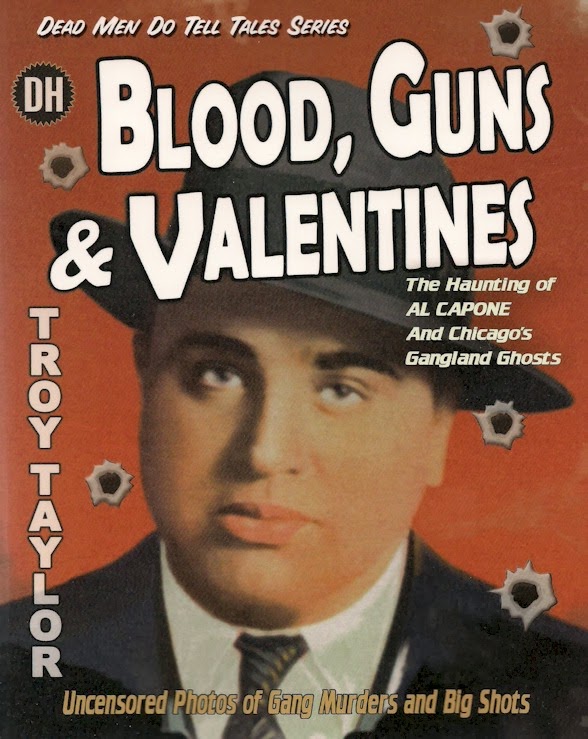 Want to read the rest of the story? Check out Troy Taylor’s book, Blood, Guns & Valentines: The Haunting of Al Capone and Chicago’s Gangland Ghosts, available autographed as part of the “Dead Men Do Tell Tales” series [Click Here to See the Series and Order Your Copy] and as a Kindle edition from Amazon.