In Cold Blood: The Clutter Murders

The Haunted History of an American Crime 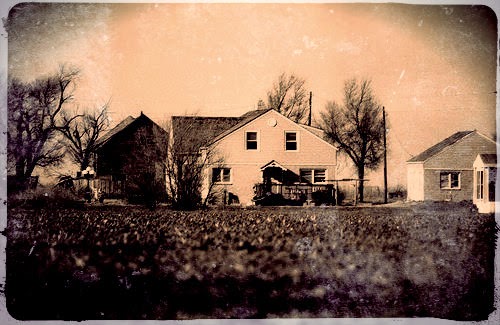 On November 15, 1959, what became one of the most famous murders in American crime history occurred in Holcomb, Kansas when four members of the Herbert Clutter family were brutally murdered in their home. The story of the savage crime achieved literary immortality when it was written by author Truman Capote in what remains his greatest work, “In Cold Blood.” The book not only chronicled the horrible murders, but shaped Capote’s literary career in such a way that he gained lasting fame – and was forever haunted by the story.

Capote published his book in 1966 and it detailed the murders of Herbert Clutter, a successful farmer from Holcomb, Kansas, his wife, and two of their four children. When Capote learned of the quadruple murder, before the killers were captured, he decided to travel to Kansas and write about the crime. He was accompanied by his childhood friend and fellow author Harper Lee, and together they interviewed local residents and investigators assigned to the case and took thousands of pages of notes. The killers, Richard "Dick" Hickock and Perry Smith, were arrested some six weeks after the murders, and Capote ultimately spent six years working on the book. The book – one of the first non-fiction novels ever written -- became the greatest crime seller at the time and is almost universally acknowledged as one of the best books of its type ever written.

Herbert Clutter was a devout Methodist and a widely respected self-made man, who had established a successful and very prosperous farm from modest beginnings. Morally strict and conservative, he employed as many as 18 farm hands, and former employees reportedly admired and respected him for his fair treatment and good wages. His four children—three girls and a boy—were also widely respected in the community. The elder daughters, Eveanna and Beverly, had moved out of their parents' home and started their adult lives. The two younger children, Nancy, 16, and Kenyon, 15, were high school students living at home. Clutter's wife, Bonnie, a member of the local garden club, was said to have suffered from a variety of physical ailments and depression, but some have disputed these facts. Regardless, they seemed to be a relatively happy family and completely unaware that death was coming for them.

The murders of the Clutters were committed by two ex-convicts on parole from the Kansas State Penitentiary, Richard "Dick" Hickock and Perry Edward Smith, on November 15, 1959. One of their former fellow prisoners was Floyd Wells, who had worked as a farmhand for Mr. Clutter. Wells told Hickock about a safe at the farmhouse where Herb Clutter kept large amounts of cash. Hickock soon hatched the idea to commit the robbery, leave no witnesses, and start a new life in Mexico with the cash. According to Capote, Hickock described his plan as "a cinch, the perfect score." Hickock later contacted Smith, his former cellmate, about committing the robbery with him. The information from Wells proved to be false, since Herb Clutter did not keep cash on hand, had no safe, and did all his business by check, to keep better track of transactions.

After driving across the state of Kansas on November 14, 1959, Hickock and Smith located the Clutter home and entered while the family slept. After they roused the family and discovered that there was no money to be found, Smith, notoriously unstable and prone to violent acts in fits of rage, slit Herb Clutter's throat, and then shot him in the head. Kenyon, then Nancy, and then Bonnie were murdered, each by a single shotgun blast to the head.

Smith claimed in his oral confession that Hickock murdered the two women. When asked to sign his confession, however, Smith refused. According to Capote, he wanted to accept responsibility for all four killings because, he said, he was "sorry for Dick's mother." Smith added, "She's a real sweet person." Hickock always maintained that Smith committed all four killings.

On the basis of a tip from Wells, who contacted the prison warden after hearing of the murders, Hickock and Smith were identified as suspects and arrested in Las Vegas on December 30, 1959. They pleaded temporary insanity at the trial, but local doctors evaluated the accused and pronounced them sane. After five years on death row, Smith and Hickock were executed by hanging just after midnight on April 14, 1965, in Lansing, Kansas, at the Kansas State Penitentiary.

On November 16, 1959, The New York Times published an account of the murders, which began:

“Holcomb, Kan., Nov. 15 (UPI) -- A wealthy wheat farmer, his wife and their two young children were found shot to death today in their home. They had been killed by shotgun blasts at close range after being bound and gagged ... There were no signs of a struggle, and nothing had been stolen. The telephone lines had been cut.”

The short, 300-word article interested Capote enough for him to travel to Kansas to investigate the murders. Capote brought his childhood friend Harper Lee (who would later win the Pulitzer Prize for Fiction for her novel To Kill a Mockingbird) to help gain the confidence of the locals. Capote did copious research for the book, ultimately compiling 8,000 pages of notes. After the criminals were found, tried, and convicted, Capote conducted personal interviews with both Smith and Hickock. Smith especially fascinated Capote; in the book he is portrayed as the more sensitive and guilt-ridden of the two killers. The book was not completed until after Smith and Hickock were executed. Many believed that Capote held onto his manuscript until after the killers had been hanged so that they couldn’t dispute anything he had written. Even so, both critics and witnesses alike all stated that much of the book was fabrication. Capote’s defense was that it was a “novel” based on true facts.

In the years after the book’s publication, Capote was more sought after than ever. He wrote occasional brief articles for magazines, but mostly worked to entrench himself more deeply in the world of the jet set. Gore Vidal once observed, "Truman Capote has tried, with some success, to get into a world that I have tried, with some success, to get out of."

Capote never finished another novel after In Cold Blood. The dearth of new writing and other failures, including a rejected screenplay for Paramount's 1974 adaptation of The Great Gatsby, was counteracted by Capote's frequenting of the talk show circuit. In 1972, Capote accompanied the Rolling Stones on their 1972 American Tour as a correspondent for Rolling Stone magazine. He ultimately refused to write the article, so the magazine recouped its interests by publishing, in April 1973, an interview of the author conducted by Andy Warhol.

In the late 1970s, Capote was in and out of rehab clinics, and news of his various breakdowns frequently reached the public. In 1978, talk show host Stanley Siegal did an on-air interview with Capote, who, in an extraordinarily intoxicated state, confessed that he might kill himself. With help from Andy Warhol, Capote underwent a facelift, lost weight and experimented with hair transplants, but despite this, he was unable to overcome his reliance upon drugs and liquor.

After the revocation of his driver's license and a hallucinatory seizure in 1980 that required hospitalization, Capote became fairly reclusive. These hallucinations continued unabated and medical scans eventually revealed that his brain mass had perceptibly shrunk. On the rare occasions when he was lucid, he was still able to write. In 1982, a new short story, "One Christmas," appeared in the December issue of Ladies' Home Journal and the following year it became, like its predecessors "A Christmas Memory" and "The Thanksgiving Visitor," a holiday gift book. In 1983, "Remembering Tennessee," an essay in tribute to Tennessee Williams, who had died in February of that year, appeared in Playboy magazine.

Capote died in Los Angeles on August 25, 1984, aged 59 from liver cancer. According to the coroner's report the cause of death was "liver disease complicated by phlebitis and multiple drug intoxication." He died at the home of his old friend Joanne Carson, ex-wife of late-night TV host Johnny Carson, on whose acara Capote had been a frequent guest. He was interred in the Westwood Village Memorial Park Cemetery in Los Angeles, leaving behind his longtime companion, author Jack Dunphy.

Strangely, the life of the writer of the story seemed to overshadow the real tragedy of the Clutter family murders. All too forgotten by many today, stories remain that the former Clutter home has been regarded as haunted over the years. Truth or fiction? See the book FEAR THE REAPER by Troy Taylor and Rene Kruse