Although the gangland “one-way ride” didn’t become a slang term for an underworld execution method until the Prohibition periode, the first such ride in Chicago actually pre-dated the Volstead Act by more than a decade and a half. The usual plan is for the victim, who is lured or forced into a car, to be driven to a remote location where they are killed and their body dumped.

The term for this type of execution was reportedly first used by North Side gang member Hymie Weiss, who was the last person to be seen in the company of Steve Wisniewski, a local criminal who had recently hijacked a North Side beer shipment in July 1921. When he returned, Weiss explained the man’s disappearance by saying that he “…took Stevie for a one-way ride.”

This method was used countless times in gangland executions of the masa and bodies of rival mobsters were often found in remote locations throughout the Chicago area during the 1920s and 1930s. However, the very first “one-way ride” actually took place on November 18, 1904 when a dashing ladies man named John William “Billy” Bate was last seen in a car traveling south on Michigan Avenue with his killer at his side.

Around 9:15 p.m. that evening, Billy Bate was seen in a mint-green Pope-Toledo touring car that was traveling south on Michigan Avenue near Congress. Wearing a chauffer’s cap, goggles and driving gloves, he was chatting with his passenger, a man who had introduced himself as “Mr. Dove”. The man’s name had been heard by Edward Slavin, a telephone operator at the Auditorium Hotel, and Chicago police detectives carefully noted his name. 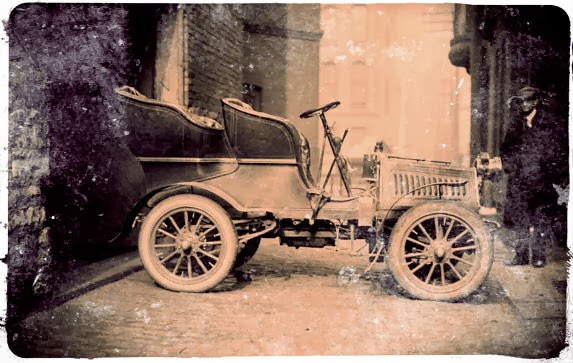 The touring car that Billy Bate was last seen driving on Michigan Avenue on November 18, 1904.

On the morning of November 19, a farmer named Peter Freehauf found the touring car parked along an abandoned road near his home in south suburban Lemont. Billy Bate was slumped over the steering wheel and he had been shot twice in the back of the head with a .22-caliber pistol.
Who had killed the young man – and why?

As the police began to investigate the crime, they discovered the mysterious figure of “Mr. Dove”, as well as Bate’s string of jilted girlfriends, which ultimately led to his death.

On the previous evening, Mr. Dove had approached the registration desk of the Auditorium Hotel and had asked the switchboard operator to telephone the Wabash Avenue garage for a car and driver. He needed a vehicle that would accommodate two passengers, he said, and after some bargaining, agreed to pay the driver $5 an hour. The operator placed a call to Dan Canary’s garage, where Billy Bate was passing the time with some other drivers in a game of coin toss.
Bate agreed to take the call and asked the night manager if Dove was “all right”. Edwin Archer, who had taken the call but later remembered nothing more about it than that the customer argued about the price, told Bate, “I don’t know, and I don’t care. Get your money and pick him up.”

Witnesses later described Mr. Dove as a wealthy-looking man who was attired in evening clothes and a derby hat. A bystander claimed that he heard Dove exchange some heated words with Bate as the car pulled away from the curb but aside from that, no evidence about the man existed. 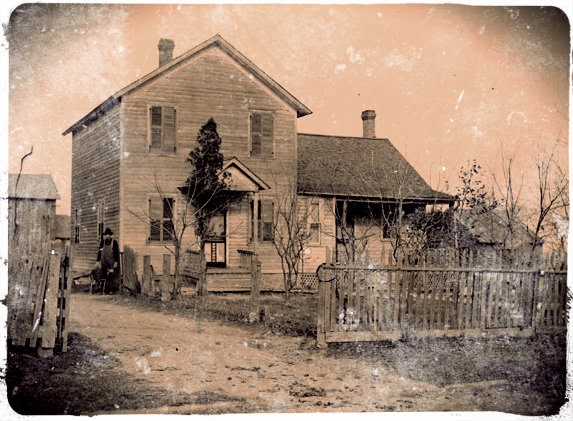 The Freehauf farm near Lemont

The police learned that another witness, a farmhand on his way home from a date, had seen the touring car later that night around midnight. It was parked on Archer Avenue, about three miles outside of Lemont. The farmhand said that he saw three people in the automobile and one of them was a woman. Peter Freehauf, the man who reported Bate’s body the next morning, said that he and his wife heard someone pounding on their door during the early morning hours, followed by two gunshots in rapid succession. The couple huddled in terror, refusing to open the door. At dawn, they ventured outside and found Bate behind the wheel of his car. He had been shot in the back of the head on the muddy, deserted road. 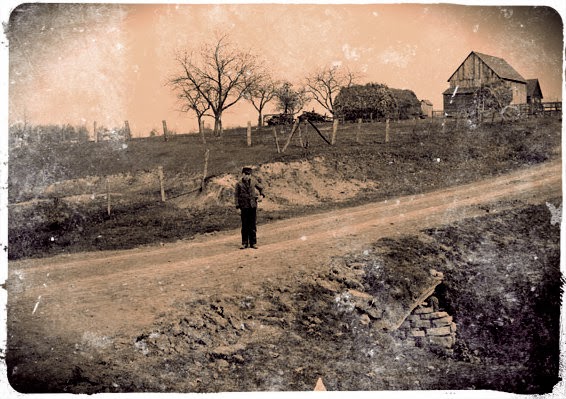 A young boy stands on rural Archer Avenue, where the touring car was found on November 19.

Detectives were able to trace some of Dove’s movements. He continued to Joliet by train, wagon, or some other method, pausing at a boarding house to purchase a bottle of benzine (a harsh cleaning solution) to get some of the blood out of his clothes. A kitchen helped at the house described Dove as a nervous chain-smoker who smelled of women’s perfume. They noted that his teeth were very small and white and than he had a soft voice “like a woman.” He apparently confessed to having a girlfriend in Pittsburgh, which the police found interesting since Bate claimed to have a fiancée there. They entertained the idea that the chauffer had been murdered by a woman posing as a man but then eventually concluded that Dove was a man, albeit an effeminate one.

Mr. Dove boarded a train in Joliet the next day and was never seen again.

The police pulled five love letters from the dead man’s vest pocket and the next day, the Chicago American printed allegations that Bate was keeping company with a wealthy society matron and had left a trail of broken hearts and spurned lovers that extended from New York to Chicago. One of the more poignant letters was from a woman named “Rose” who wrote:

I understand you have won the love of Bertha, and I presume that you have no further use for me. I hope that your future love will be successful. Of course it is pretty hard on me, but I will let the matter drop and say no more. With love, Rose

Investigators scoured the countryside looking for clues as to the identity of the woman who was seen in Bate’s car. They even searched for a body, in case she had been murdered too. A theory held that Mr. Dove had forced him to pick up the woman outside of Chicago, murdered the woman and then turned the weapon on Bate. The nearby canal and the roadside ditches were searched, but no trace of her was ever found. If a woman had been murdered in the midst of this drama, the killer had caused her to vanish without a trace. 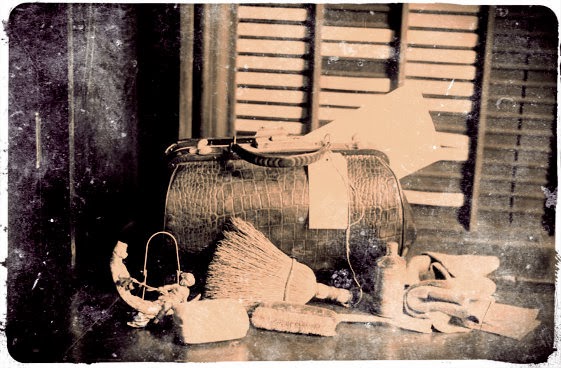 Billy Bate's belongings were searching but police found no clues as to the identity of his killer.

The Bate murder mystery, although mostly forgotten today, was the subject of newspaper stories and gossip for many weeks to come. A female detective (which was very rare in those days) was brought into the case to look over the facts and draw her own conclusions, but there was little for her to examine. The investigation foundered and then went cold. It was suggested by some that the murder was the desperate acted of a scorned lover or part of a conspiracy that had been hatched by the elusive Mr. Dove. Or perhaps Bate was nothing more than a small-time hood that fell in with the wrong people and ended up in the wrong place at the wrong time.

We will never know for sure but Billy Bate earned a place in the history of Chicago crime as the original victim of the city’s first “one-way ride”.