Canaries In A Coal Mine

THE CROSS MOUNTAIN COAL MINE DISASTER

On December 9, 1911, a tiny flicker of flame from a coal miner’s lamp ignited an explosion that caused a disaster in the small town of Briceville, Tennessee that is still being felt today. During the early morning hours of that fateful day, the deadly explosion – killing 84 men and boys who had just entered the mine – sent a cloud of smoke and dust billowing more than 100 feet into the air. Five miners survived the blast, while the rest died from the initial concussion or suffocated on the poisonous gases that filled the mine shafts.

Briceville became a town that “echoed with the cries of widows and children.” 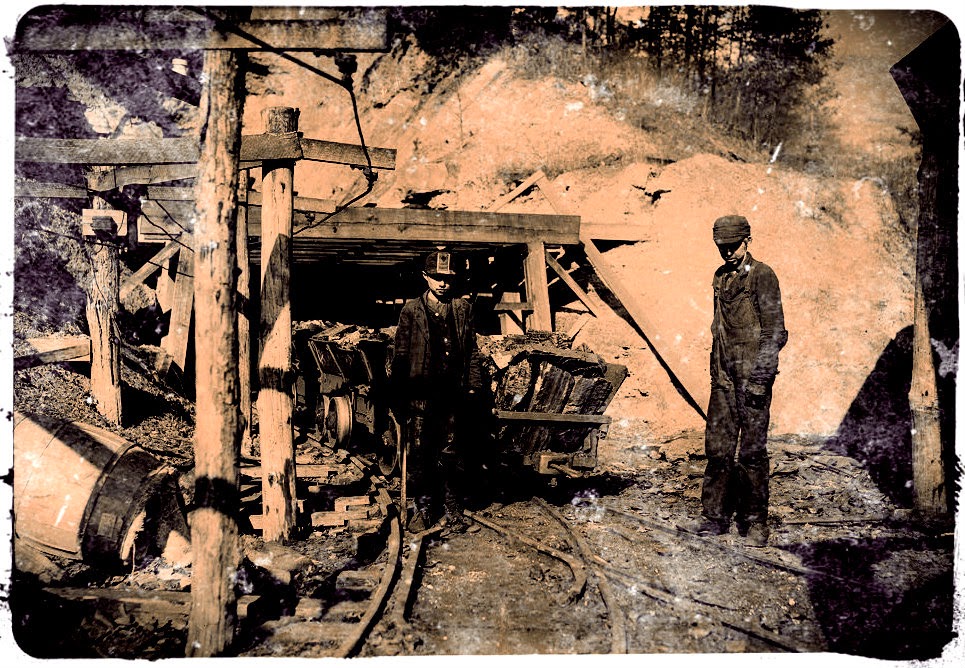 After the Civil War, coal became king in the areas around Knoxville, where towns like Briceville would spring to life. Such areas were rebuilt more quickly than other parts of the South, in part because of a resurgence in manufacturing and mining. Coal provided the power to begin this industrial revival and it was discovered that a 46-inch-thick layer of the mineral called the Coal Creek seam ran through the mountains. Mine entrances began to dot the countryside, all operated by a company out of Knoxville. They opened the Fraterville and Thistle Mines, as well as the Cross Mountain Mine. In 1877, a series of labor disputes forced the company to bring in convicts to replace the striking miners. That unrest prompted the company to invest in the latest equipment to trim its labor force in its Cross Mountain Mine.

That mine opened in 1888, and Briceville grew up around it. At one point, it was the biggest town in Anderson County, with a population of 6,000 and boasting its own opera house. By 1911, the Cross Mountain mining operation included two power plants to furnish electricity. Coal was cut from the seam using electric chain-driven machines and hauled out on electric rail cars. The mine was designated as “methane-free” since the flammable gas was rarely detected there. It was considered one of the safest in the region.

But as in far too many cases where terms like “unsinkable” and “fire-proof” are used, disaster came to the Cross Mountain Mine in 1911.

On December 9, a portion of the roof collapsed inside of the mine and apparently freed a pocket of methane gas. A miner carrying a lamp with an open flame who had gone to check on the roof collapse touched off the initial explosion. And utter devastation followed.

Reminders of the tragedy linger today in the foothills of the Cumberland Mountains. Some of the reminders are tombstones, some arranged in concentric circles around a central monument in one hillside cemetery, while others are scattered in the Briceville Church Cemetery. Inscriptions carved into markers include the poignant farewell message that 22-year-old miner Eugene Ault scrawled on barricade boards as he slowly suffocated: "I guess I have come to die. Air is not good now. Well, all be good and I aim to pray to God to save me and all of you."

The tragedy left other legacies, too, including rescue techniques that saved many lives in the future. In addition, the phrase "canary in a coal mine" originated in Briceville. For the first time, rescuers carried the caged birds into the Cross Mountain Mine as an early-warning system to alert them to changes in air quality. The explosion had rendered much of the air inside the mine deadly with afterdamp, the asphyxiating mix of toxic gases. According to an article in a 1912 issue of Popular Mechanics, "As long as the birds remained cheerful and hopped about in their cages, it was known that all was well with the surrounding atmosphere. But suddenly when the birds began to droop and gasp for breath it was realized that the traces of the deadly 'afterdamp' were present and the unmasked volunteers with no oxygen equipment had reached the place for them to stop. The canary birds drew the line of safety."

More importantly, it was the use of oxygen equipment that was first used at Briceville that became essential to future rescue efforts. The Cross Mountain Mine explosion was the first time that the U.S. Bureau of Mines, which was created 1910, mounted a full-scale rescue effort. Staff members from the Knoxville office arrived hours after receiving word of the disaster. Those rescuers used self-contained breathing apparatus as they combed the dark shafts of the mine, looking for survivors. Almost miraculously, five miners were found alive behind a barricade they erected far inside the mine 58 hours after the explosion. By that time, everyone had given up hope and the stories of the rescued miners were plastered across the front page of newspapers across the country.

And there were strange stories connected to the disaster as well...

The Cross Mountain Mine disaster occurred less than a decade after another nearby coal mine tragedy. That one was inside of the Fraterville Mine, located just a mile away, and it occurred in May 1902. Both mine explosions occurred at the same time – 7:20 a.m., or just shortly after the miners reported for work. At Cross Mountain, though, many men were spared by luck. The normal workforce was 125 miners, but only 89 went inside that morning.

One of them, Hugh Larue, claimed to be spared by a dream. His wife, who had a nightmare the night before of "scores of miners with their heads blown off," refused to make him lunch. Unsettled by her recounting of the nightmare, he stayed home that day.

Colonel Isaac Williams, a teenager at the time, had been barred from working on the day of the disaster. He had been forbidden to enter the mine because he'd refused to cross a picket line a short time before. It turned out to be a decision that saved his life. Williams did assist in the rescue effort, though, going deep into the mine to retrieve the bodies of his friends and co-workers. As he walked along the railroad tracks toward the mine, he later said that “every house along the way echoed with the cries of widows and children."

The man who led a rescue effort in the Fraterville Mine, Phillip Francis, also headed an effort at Cross Mountain. When he arrived at the mine, he found the same sorrowful scene awaiting him – scores of women and children, weeping and in great distress. When the initial plume of dust and smoke had risen over the town, they had flocked to the entrance to the mine, fearing the worst.

As the men from the Bureau of Mines worked to pump the poisonous gases from the mine, rescue workers edged through the darkness, hoping for a miracle. More than two days after the explosion, rescuers found a door in the mine with instructions on where one group of miners had gone. Following directions, they located a barricade, tore it down and found the miners huddled inside.

One of the miners was a man named William Henderson. The first thing that he asked for when rescue workers found him was tobacco for his pipe. He could survive without food and water, he told them, but it about killed him because he didn't have any tobacco.