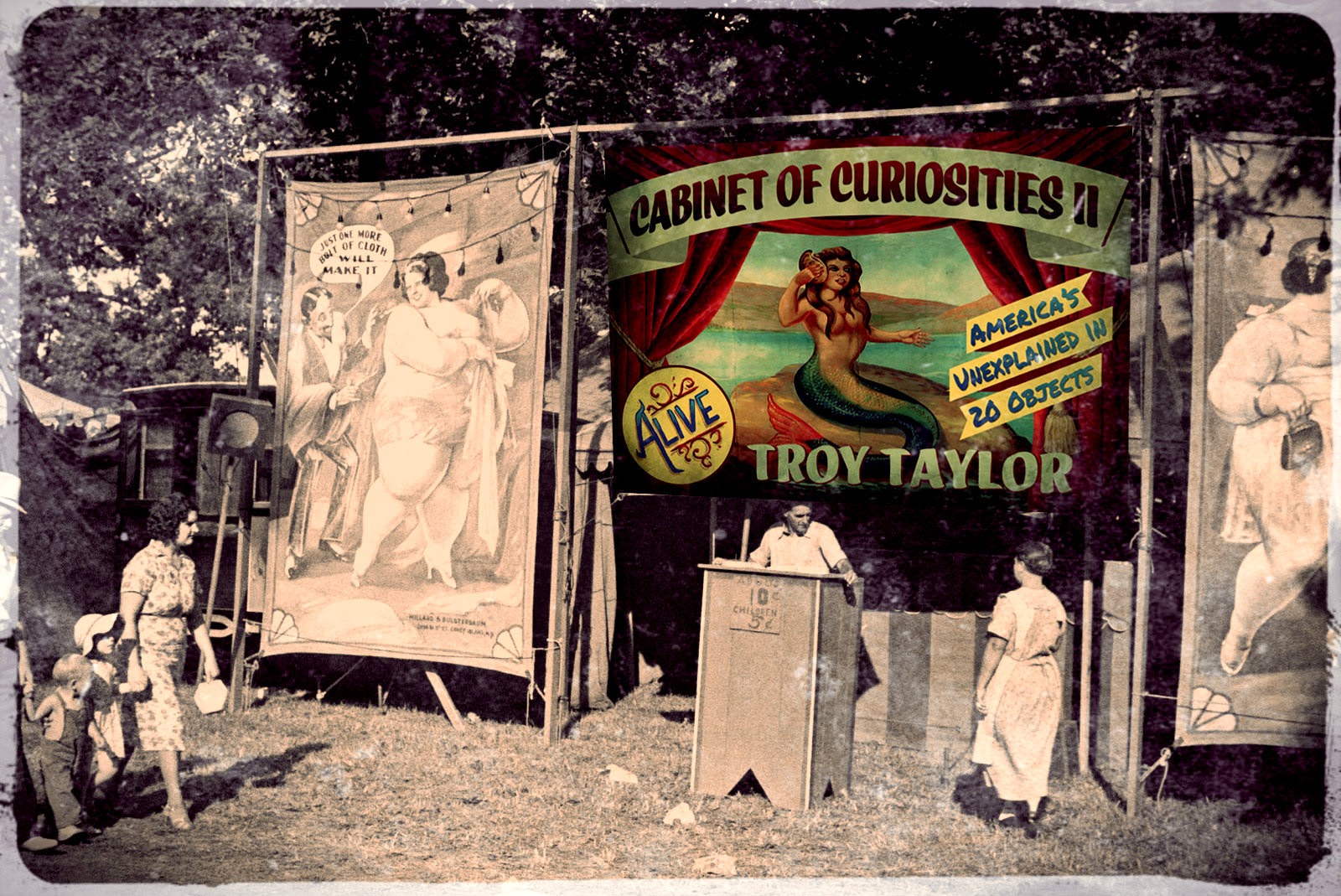 Cabinet of Curiosities 2: A look inside of America's Greatest Unexplained Mysteries by way of 20 objects linked to the Unknown

Mysteries have baffled us since time began and no one knows that better than author Troy Taylor, who pulls open the curtain on another collection of the strange and the unusual from the weirdest corners of America. In this second book in a series, he traces the history of the unexplained in the United States by using 20 bizarre objects that made a mark on the world of the weird as we know it! In these startling exhibits, readers will marvel at objects that might never know existed, like plaster casts of hairy giants; a frozen monster that may – or may not have been – a hoax; cellar stones from a vanished town; a cannonball fired at a winged creature; metal bolts from a bridge that collapsed mysteriously; evidence of giant birds; a photograph that shouldn’t exist – and yet scores of people remember seeing it; the wreckage of an airship that couldn’t possibly exist – and yet it did; a horned human skull; bones of giants; unbelievable objects that have fallen from the sky; furniture burned by inexplicable means; a poison-scented handkerchief left by an elusive gasser; and much more! Pay your admission and come inside – the strange side of America is waiting for you! Click Here to Order the book!

Just how weird is America? Come inside and find out... Join author Troy Taylor as he takes you back in time to the days of the American sideshow, when anything seemed possible -- and probably was! In this compelling, weird, bizarre and head-scratching book, he reveals the mysteries that have been haunting America for centuries, from enigmatic spook lights to mysterious figures that vanish without a trace, time slips, strange happenings, objects, people and artifacts that should never have existed -- and yet they did -- and much more! Some of the weird objects linked to the unexplained include:

* Plaster Casts: Monsters in the woods during American history
* Minnesota Iceman: A carnival sideshow attraction that was a clever hoax -- or was it?
* Broken Ship's Compass: The unsolved mystery of the Mary Celeste
* Stones from a Cellar Wall: the true story of what really happened at Dudleytown
* Stephen Decatur's cannonball: Did the American hero really fire a shot at the Jersey Devil?
* Metal Bolts from a Lost Bridge: Did the mysterious Mothman really cause a terrible disaster?
* A Lock of White Hair: Did giant birds really invade America in 1977 -- and was a boy almost carried away by them?
* The Thunderbird Photograph: America's most famous photo of the unexplained -- did it really exist?
* Horned Human Skull: Weirdo's, monsters and giants... what has American archaeology been covering up?
* Picture Postcard: The story of the mysterious Hornet Spook Light, a Route 66 attraction
* Empty Bottles: The story of "Popper the Poltergeist," America's first paranormal reality TV show
* A Poison-Scented Handkerchief: The weird tales of America's "Mad Gassers"

And... a mysterious rock painting of a mythical creature -- that may have been real; mystery airships that wreaked havoc across the country; a t-shirt linked to the bizarre history of werewolves in America; a patch of dead grass that marked the last location of a man who vanished without a trace; the mummy of a little man that should not have existed; rocks, ice, fish, frogs, blood and more strange things that have fallen from the skies; burned furniture linked to one of the strangest poltergeist cases in American history; a red-winter parka that was last seen on a girl who vanished -- one of many who walked a deadly trail to another place and time; and more!

Check out the second installment in this ongoing series -- see more about the book and order your copy today! 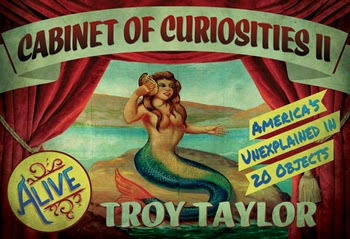